We are about to embark on a very different era for investing in Australia and across the globe.  As we near the close of 2018 our firm paused to reflect on the year and in doing so, it became clear just how much has happened and the profound effect it is likely to have on our economy moving forward. This isn’t to say that we expect things to be worse or better for the next two to three years, just different.

This year we have witnessed an unprecedented series of events unfold both at home and abroad.  Trade wars, Brexit, the Royal Commission, Korean nuclear threats and to finish it all off; rioting in the streets of France.  With all that has happened, it is no wonder that markets have been a little nervous coming into final months of the year.

Despite the uncertainty, there is one thing we can be absolutely sure of.  The world will not end.  Consumers will continue to consume products, countries will continue to trade, and we will of course be required to pay our taxes.  Unfortunately, the evolution of the local and global economy means that the way we are used to investing isn’t going to produce the same results moving forward.  Let me explain:

Proponents of passive management have enjoyed fortuitous conditions since as early as 2011.  Despite a little bump in 2015, most global markets including the ASX have enjoyed very steady consistent growth.  The same can be said for the Australian property market.  It didn’t really matter what you were invested in or where, it was very likely that it would be worth more in one year than what you had paid for it.  This gave weight to the passive management argument, “why pay for active management fees when decent returns could be gained through low cost index investing?”

Unfortunately, this theory is already and will continue to be heavily tested.  Property prices in Sydney and Melbourne are already down circa 10% and of the top ten companies on the ASX, which make up 38% of the index, only half recorded a positive 12 months shareholder return.  The same can be said in the U.S where the likes of Apple, Amazon, Facebook and JP Morgan which make up a fair proportion of the index have also given back much of the gains earned during the year.

Interestingly, for most of the companies experiencing share price pressure the cause was well telegraphed.  Most active managers, many of whom had struggled to outperform the index funds (after fees) during the broad-spectrum bull market had lightened their exposure in anticipation of the recent correction.  This is not to say that we expect all active managers to outperform in the coming years, some will perform, some won’t.  I do expect however that as the world continues to evolve and markets are disrupted by changing trends that returns for index funds will likely be underwhelming.

Access to information via the internet has made it possible for many to undertake research and create their own investment portfolios.  Mostly this lead to a concentrated portfolio consisting of the four big banks, Telstra, BHP, RIO and maybe Origin or Santos.  The reason being that it is terribly difficult to effectively monitor any more than 10 investments while trying to juggle work, family or enjoy retirement.

For the period leading up to early this year, that strategy could produce a modest return.  I remember presenting at a conference in early 2017 when someone in the audience asked, “why would I want to pay an active manager a fee when I can just buy the four banks and Telstra and get a 6% dividend yield?”  My answer at the time was that although they are large ‘blue-chip’ companies and seem like a balanced risk, the concentration of the portfolio is significantly adding to that risk by not properly diversifying the investments.  Supporting that answer is the fact that as I write this, the capital value of that portfolio would be down circa 23%.

The key to managing risk is proper diversification but this can be difficult.  Even in an age where information is at our fingertips and plentiful, we need to consider the quality of that information.  Competition for website clicks and digital media subscriptions has forced content producers to choose quantity over quality often behaving like seagulls at the beach, just trying to squawk a little louder than the others in the hope they might end up with a free chip.

Even with company announcements and annual reports, the devil is in the detail.  As we have seen with the likes of AMP, Myer and a few other boards that received protest votes from investors at their annual general meetings, no longer can we simply take the word of management as gospel and each report requires careful analysis and interpretation to ensure that the performance of the business is in accordance with what is being reported by the board.

Despite the rhetoric from the FED and RBA, interest rate rises are still some way off.  With inflation still sitting at around 2.5%, and term deposit rates at 2% doing nothing comes at a cost.  Additionally, who wants to lend money to the banks at 2% just so they can lend it back to us at 4%?  The other common practice was to just pay off the family home but given the definite turn in the property price cycle, capital growth of the family home is likely to be flat or negative for the foreseeable future and given that interest rates are still only 4% versus the nearly 8% currently on offer from companies trading at near 5-year lows you could argue that the risk of equities is being adequately rewarded.  There are many alternatives in between also for those who aren’t particularly comfortable with the risk of direct shares like bonds and hybrids which offer a greater return then term deposits.

In conclusion, if ever there was a time to review the investment strategy this is probably it.  With the right advice and the right strategy, there is plenty of opportunity on offer in both property, bonds and shares.

You can contact Steven on 0438 774 577 or by emailing stevene@belvedereshares.com.au 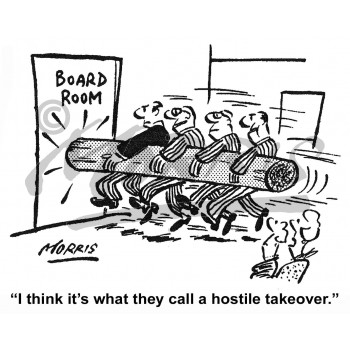 At Belvedere, we manage portfolios which for the most part are relatively conservative, and invested across a range of companies that have a favourable outlook.  From time to time specific trends occur in the market which can present opportunities for shorter term gains, albeit with risk.  What has been increasing is the number of attempted takeovers leading to significant gain for current investors.

In most cases, the share price will start to move up on higher volumes of trading before the actual bid.  There can be a rumour, as happened with Healthscope Hospitals; that smoke lead to fire and an offer being made the following week.  It doesn’t always happen so, investors need to be comfortable holding the shares in what could be a problematic company.  That is the risk/reward game.

Very few people have commented upon this increase in takeover offers, most likely as it has not been concentrated in the one sector. The common thread is that the takeover offers are coming for companies that have been completely out of favour and trading at or near multi-year lows.

Consider the takeover offer for Santos, who’s share price had fallen from $12 to under $3 before the offer. That offer for almost $7 has since been knocked back as insufficient!

Healthscope Hospitals suffered a series of profit downgrades and like Santos was carrying high debt levels. The general market had virtually given up on the current management and the stock, when two consortia recognising the value in the hard assets made premium bids.

A cleverly named company, Here There and Everywhere (HT1) has an outdoor advertising and radio division which through a number of management mis-steps saw their share price smashed, only to lead to two competing companies making bids for their outdoor advertising division.  This has caused a 30 per cent jump in the HT1 share price.

And most recently the owner of Sukin, BWX fell from $8 to $4.50 at which point management made a Management Buy-Out bid at $6.60.  It is a solid company on an international growth path which was punished for a slight miss on a recent profit announcement.

The examples differ across industries, however each of the targets were very out of favour with the market which meant that they were so undervalued that they became targets.  At Belvedere, we expect  this to continue.  There has never been more funding for Private Equity firms and we are now seeing international firms compete with local Private Equity firms.  Finance is still very available (and cheap) for such transactions enabling Private Equity to leverage the takeover with a five-year timetable to fix whatever was the issue that had created the low share price.

We have been fortunate enough to have picked some of these opportunities, and are now very focused on identifying the next targets.  Identifying take-over targets is a riskier strategy and requires significant in-depth analysis, as the reason the share prices are down are generally due to high debt levels, management failures, and or industry headwinds.  However, when we allocate a small proportion of a balanced, diversified investment portfolio to potential takeover targets, the upside (if captured) can produce an outperforming portfolio. 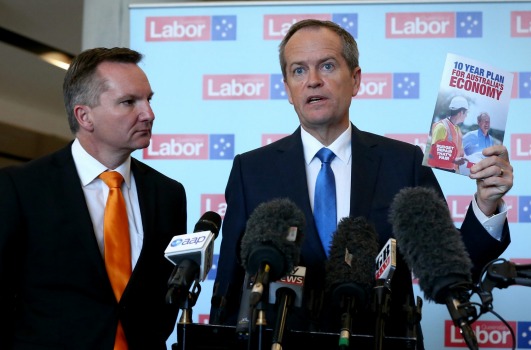 This morning Bill Shorten revealed his latest attack on the retirement savings of Australia’s self funded pensioners, proposing an amendment to the dividends and input tax credit rules. The change would see the tax refund normally returned to superannuation funds slipped unscrupulously into the coffers of a Labor government if elected.

Banks and corporations raise money by issuing Income Securities (technically  floating rate preference shares, convertibles or notes), which then trade on the ASX.  Such securities offer a quarterly return above the 90 day bank bill rate through distributions that have been already taxed at the company tax rate (typically 30%).

For example – a hypothetical fully franked distribution of $100 would carry with it a credit of $42.86 for tax paid.  Super funds in pension mode paying no tax, and funds in accumulation phase paying 15% would receive a cash refund for this credit in excess of their respective tax rate.

The better than bank interest return from these securities coupled with the liquidity of ASX listing, low volatility and low risk has made them popular with self-managed superannuation funds.

Labors policy to cancel the tax credit would mean that from July 2019, super funds will receive a lower return from the same security, entirely changing the risk/return metric and investment thesis.

The fact that we were able to move quickly and fluidly  is just another example of the benefits our clients receive from professional management under the individually managed account structure.